The Irish Seed Savers Association is a Company Limited by Guarantee, based in Scariff, Ireland.

Today, it employs 20 people. Jennifer McConnell runs the Association as its General Manager since 2017.

The Irish Seed Savers' main objective is to conserve Ireland’s very special and threatened plant genetic resources. Its work focuses on the preservation of heirloom and heritage food crop varieties that are suitable for Ireland’s unique growing conditions.

Irish Seed Savers is a member of the European Coordination Let's Liberate Diversity!

Originating in 1991 from an ambitious effort to create a central store of food crop seeds and fruit trees where none had previously existed, its mission is to find, protect, grow, and share from a developing collection of 600 varieties of heritage open pollinated food seed and 180 varieties of heritage apple trees.

Through its education and outreach programmes, hobby gardeners, food growers, families and communities can benefit and grow from these collections to build food resilience in this ever-changing world.

The association owns a 20-acre certified organic farm, which is full of heritage orchards, seed gardens, native woodlands, school gardens and home to an abundance of wildlife from bees to hedgehogs, pine martens and various habitats for all to enjoy. The locals are open to the public, providing tours and workshops all year round.

The main aims for its work are to preserve (find), conserve (keep alive through growing), and use these collections to share and educate for the continuation of  heritage food sources for now and future generations.

Being champions of sustainability, the association runs a diverse range of workshops on various topics to help inform and teach others how to save seeds, grow their own food and be more self-sustainable.

The main objectives here are to educate the general public about the vulnerability of Irish agricultural biodiversity and also to help encourage greater food security in times of continuing food industrialisation and diminishing resources worldwide.

When she began, Anita collected and grew heritage crops with the intention of preserving and rescuing old varieties that were fast disappearing. ISSA then expanded the scope of its work.

In 1997, thanks to the support of Dr. Keith Lamb and Dr. Michael Hennerty, the Irish Apple collection was created, containing over 65 distinct varieties. Currently Irish Seed Savers maintains over 180+ different Irish heritage apple tree varieties throughout their many orchards. Within those orchards are a unique strand of over 33 self-rooting varieties of apple trees. This is Ireland's only public self-rooting orchard and greatly enhances Ireland's biodiversity.

In 2012, the organization built the first public seed bank, which was opened by Ireland’s President Higgins and is equipped with drying, threshing, dehumidifying and refrigeration equipment to improve the storage and conservation of seed. The Seed Bank also has a large demonstration and viewing area through which visitors can view the processing of seeds and learn from Irish Seed Savers staff. The seed bank is a very important piece of national infrastructure as it houses over 600 varieties of heirloom seeds and can provide a safe storage facility for emergency seed stocks should the need ever arise.

The 2021 Seed collection will be available from December 2020. This is approximately 150 varieties from the 600 variety collection of native and adapted non-commercially available open pollinated seed grown in Ireland. 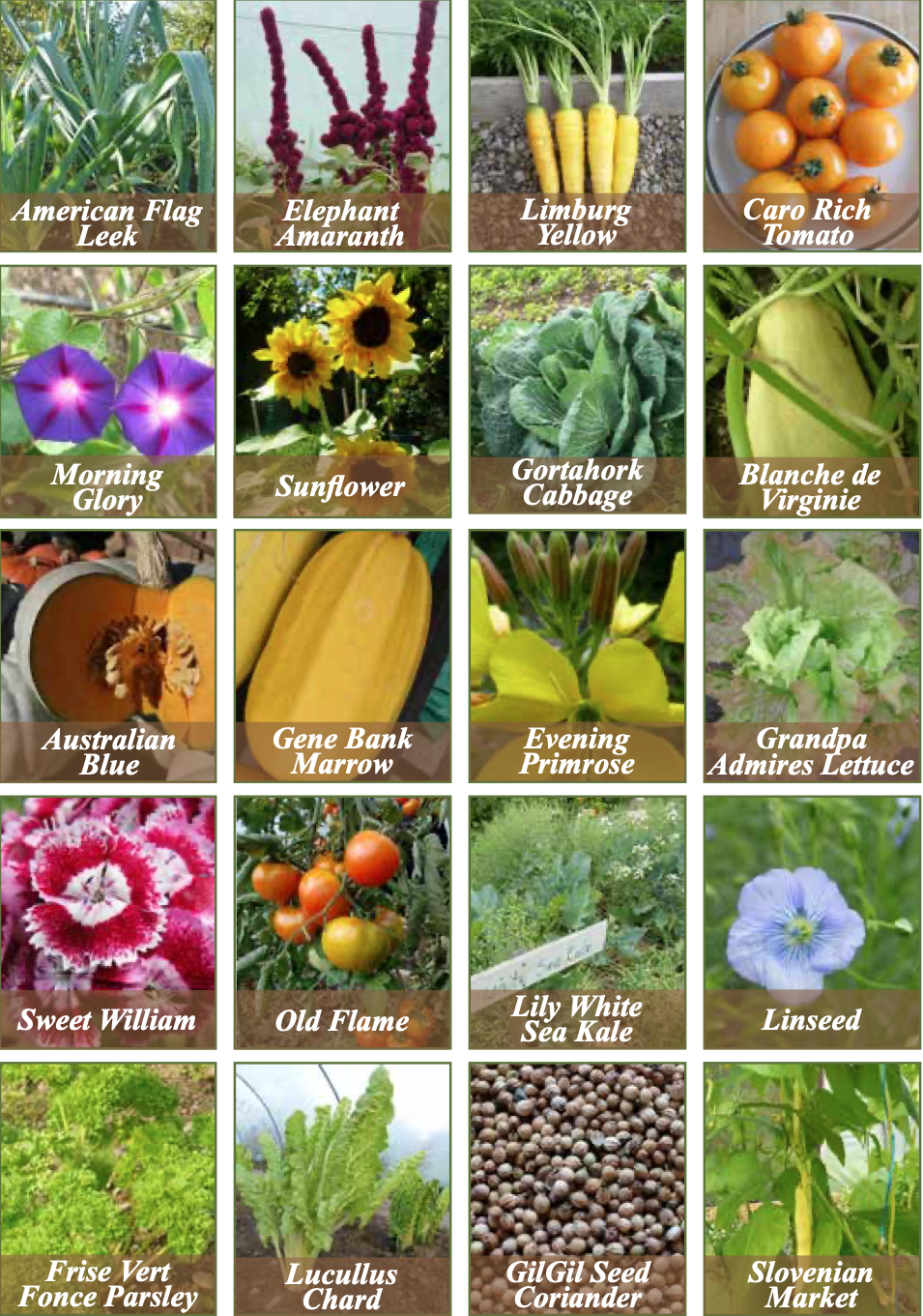 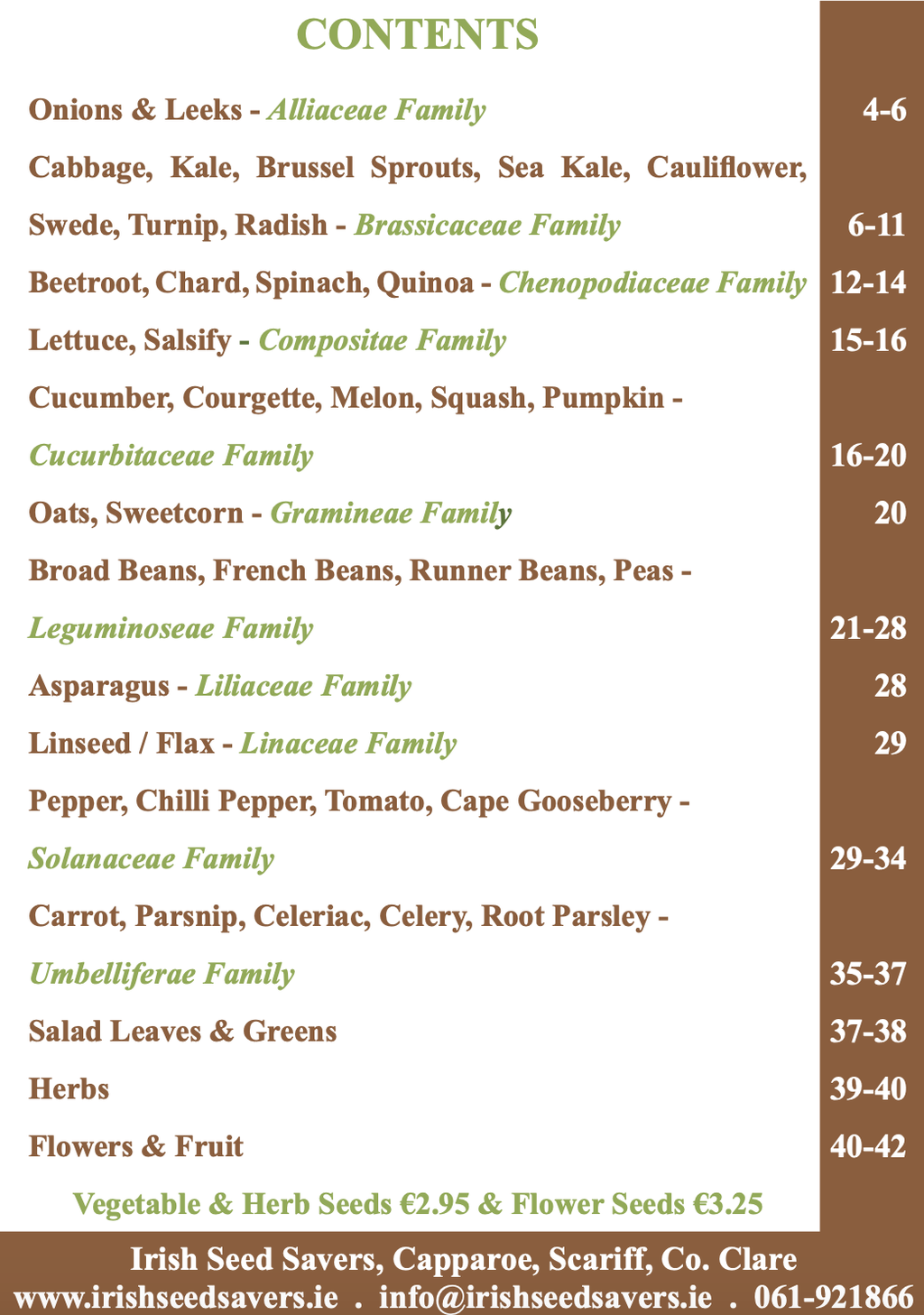 Irish Seed Savers Association mainly works in short distribution path but has a large scale of distribution, thanks to its importance and influence at the European scale.

Anyone, without being a subscribed supporter of the organisation, can buy seeds directly on their online shop, among a very large choice of seed varieties.

A packet of seeds costs €3 and is standard sized for the hobby gardener. Seeds are ditrbuted in line with the organisation's conservation mission only, meaning they are not sold or marketed for large scale commercial production

Seeds of the association are predominately sold in Ireland. It is possible to order seeds from other countries but buyers have to know that their countries customs officers may confiscate some varieties at the border.

Irish Seed Savers Association also attend many events throughout Ireland every year, where people can purchase its seeds.

The organization has a supporter policy or an annual fee.

By becoming a supporter, you receive a 10% off all workshops and apple trees. FREE packets of vegetable seeds, FREE entry to their organic gardens and orchards and FREE entry to all events days throughout the year.

You will also receive a printed newsletter twice a year, which is full of helpful articles from the Seed Savers team.

There is a wide range of different supporter packages: Standard, Concessionary, Community garden groups, Corporates, Juniors,... All information can be found on their website.

It is possible to make donation via the website also. Money goes towards a range of vital conservation projects.

As seed growers for the association's seed bank, consider where source your seeds from: are their grown loccaly, adapted to Irish climate or are they imported from other countries? Are they F1 Hybrid, Heirloom or Open-pollinated? Are they organic?