Launched in 2017 by the 3 Fonteinen brewery, the Pajottenland network of cereal producers brings together 15 farmers cultivating organic wheat and barley landraces on 60 hectares of land, for beer production.

It is the result of an experimental project, mixing research in participatory breeding, organic farming and knowledge/risk sharing between farmers and processors from a traditionnally rich region for the cultivation of cereals.

That initiative fosters the reintroduction and promotion of Belgian traditional varieties of wheat and barley. Its ambition is to keep growing and spreading the benefit of a sustainable agricultural system, empowering farmers and strengthening their collaboration.

A Sustainable cereal network in the Pajottenland

Belgium is known for its rich beer tradition, but less than 1% of cereals used by breweries is actually grown on Belgian territory and the varieties of wheat and barley available on the market are not much adapted to the specific needs of local productions.

Meanwhile, farmers suffer from fluctuating prices, rising costs and a lack of collaboration with processors.

In order to overcome these obstacles, the 3 Fonteinen brewery, located in Lot, in the Pajottenland’s region of Belgium, which is traditionnally famous for its Lambic beers, gathered a group of local farmers to shape a cereal network and reorganize the local food system.

Since 2017, around 10 farmers are taking part to the experience, reintroducing and growing local varieties of wheat and barley adapted for both farmers and brewers, improving social interactions and experience sharing, re-establishing trust among farmers and processors and offering a better remuneration for all stakeholders in the cereal chain.

The experimental process of creating the network was monitored by a team of researchers whose mission was to study and coordinate farmers' involvement in co-developing the network, finding a way to answer their needs and adapting their techniques by themselves.

A Farmer Field School was set up for that specific purpose, regularly bringing together farmers for networking activities, field visits or technical meetings as for identifying the lock-ins farmers are confronted to, in order to invent solutions.

Experience sharing to adapt techniques and needs, is a key element of the process.

Besides testing new varieties of wheat and barley, farmers from the Pajottenland’s network are invited to produce organic cereals, even when they are not certified organic. It gives them the opportunity to experience organic farming without having to take all the risks: they can benefit from their peers’ knowledge, shared machines as well as fair prices guaranteed by the strength of the network.

The network now aspires to involve more breweries but also local mills and bakeries, to provide them with traditional and organic cereal varieties, coming from a sustainable supply chain.

Following that ambition, since 2018, the Pajottenland’s cereal network is involved in the BREAD project, which brings together collectives of bakers, millers and farmers from Wallonia, Flanders and Brussels.

Their objective is to experiment new practices as well as the viability of an organic and local bread sector, through a multi-stakeholder and transdisciplinary approach.

Regarding cereal production, BREAD promotes organic farming, agroecological practices and the use of varieties adapted to local products and climate conditions.

The network is very young, and it's not possible yet to discover farmers' activities. However, the brewery can be visited, and people specifically interested in the network can contact Lucas from 3 Fonteinen.

READ OUR INTERVIEW WITH THE COORDINATOR OF THE NETWORK! 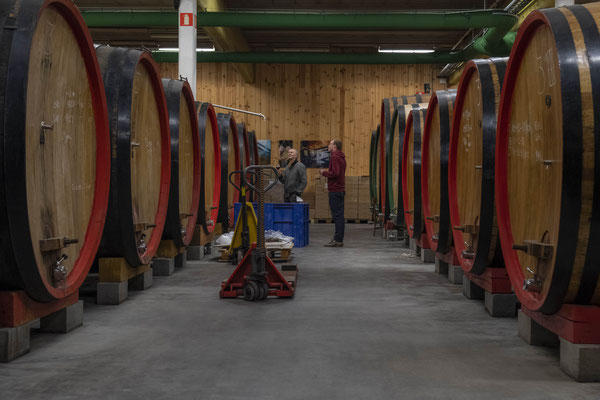 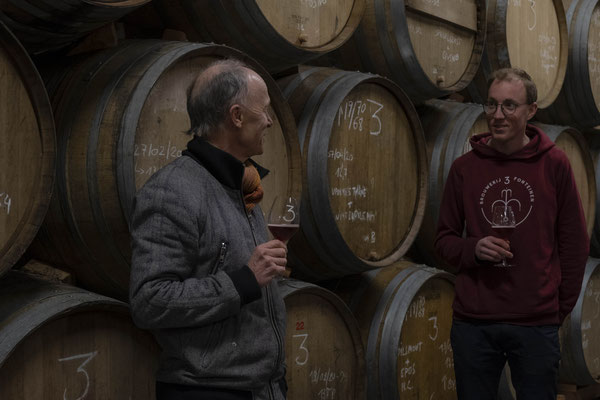 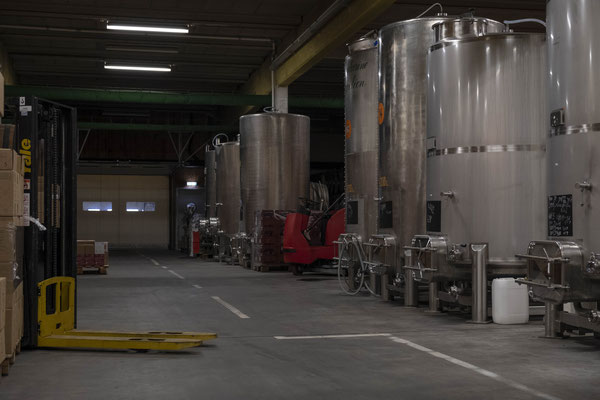 The network’s farmers multiply the varieties themselves. Financing the multiplication of landraces is indeed one of the issues they are still struggling with : in extremis it takes 5 years to multiply 5 gr up to 500 kg, needed at the brewery for a proper brewing test.

The ambition is to find the most suited barley and wheat varieties for the production of traditional Lambic and Geuze beers. Both wheat and barley landraces are tested for agronomic traits, taking into account organic farming and the local pedo-climatic conditions within the region of Pajottenland. Brewers and bakers also test them regularly, in order to keep creating the best varieties for both farmers and processors.

The essence of the project is to connect the cereal producers with the 3 Fonteinen brewery, which is so far the only one to have access to the ancient and traditional wheat vartieties grown by the network.

Until now, the most important challenge of the network has been to find the varieties to test and grow in the farmers' fields. This is what they are focusing on, benefiting themselves from seed donations and exchanges, without taking part to seed swaps in Belgium or neighboring countries yet.

The brewery sometimes sells small batches of seeds to professional farmers but on a very odd basis. Farmers and coordinators of the network would like to further develop a proper way to offer and sell traditional varieties of wheat and barley to stakeholders outside the network.

Besides, the network has a great will to help professionals of the sector - farmers, producers, brewers, etc. - in developing similar initiatives or experiments and would be pleased to share its experience and / or build up collaborations.